When I arrived at Concordia College in Moorhead, MN, to register for my first semester as an undergraduate student, I was handed a copy of Neely Tucker’s Love in the Driest Season (2004), a memoir detailing the experiences of Tucker, a foreign correspondent, and his wife volunteering in an HIV/AIDS orphanage and the eventual adoption of their daughter. After I moved into the dorms, much of orientation was devoted not only to navigating my first year of college, but also to discussing the common book with my fellow orientation club members and our faculty advisor. Then, once classes were in full swing, we took a break for three days of symposium, which centered around the ideas presented in Tucker’s life narrative. National and international speakers came to campus to discuss global poverty and the HIV/AIDS epidemic. My early English professors worked the text into their classes juxtaposing Love in the Driest Season with Tony Kushner’s Angels in America (1992) to discuss the early days of the HIV/AIDS epidemic or highlighting the theme of poverty to discuss hunger locally, nationally, and globally.

The goals of this long-established program, which mirror the mission of Concordia, is three-fold: to “stimulate an intellectual discussion among faculty and students,” “introduce students to academic life through a common read and academic discussion,” and most importantly for me as a student at the time, to “learn about issues that shape our world today and in the future.”[1] Reading Love in the Driest Season early in my undergraduate education deeply impacted my time at Concordia College and has continued to shape my scholarly activities and the work I do with my own students at the University of Kansas. 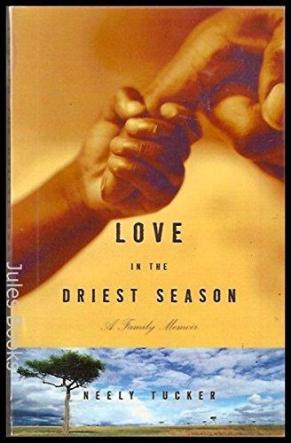 Well-chosen common books have the power not only to foster faculty and student engagement across campus, but also they offer students an opportunity to critically think about their own subjectivities, the communities they inhabit, and how they can positively influence the affairs of the world through their vocations and civic engagement. Common books, particularly creative nonfiction, demonstrate the strength of narrative to provide alternative forms of knowledge often ignored by those in positions of power and connect the work we do specifically in the Humanities—and more broadly at the university—to issues facing us locally and globally, preparing students to be both critical readers and writers and ultimately civically engaged citizens.

My first fall as a doctoral student in the English Department coincided with the first year of the KU Common Book.[2] This was new campus-wide initiative aimed at providing in-coming freshmen with intellectual opportunities to engage in meaningful dialogue and foster critical thinking. Faculty and instructors were encouraged to work the text into their courses as appropriate. Eula Biss’s Notes from No Man’s Land: American Essays (2009) was the inaugural choice.

After reading the first essay in her collection, “Time and Distance Overcome,” I was excited to teach Biss’s work in my first-year writing courses.[3] But as I worked my way through the rest of the essays during new GTA orientation, I realized the rest of the collection did not measure up to the first essay. I began to wonder how my students would connect with Notes from No Man’s Land, which to me registered as underdone meditations on heterosexual whiteness, particularly my students who did not identify as such.[4] I chose to teach “Time and Distance Overcome”—only.

The next three years featured one benign selection after another—none of which ever really spoke to the aspirational goals for the program as outlined by KU First-Year Experience and the selection committee. Each of these texts in their own way was glaringly white and did not address issues facing the campus or larger Lawrence, KS, community and did not unpack issues shaping the world my students would be entering after graduation. Then, after a particularly charged and quite-rightly confrontational Chancellor’s Town Hall responding to incidents of racial and gender discrimination and violence on campus, the new KU Common Book for Fall 2016 was announced: Ta-Nehisi Coates’s Between the World and Me (2015).[5] I was thrilled! I often use some of Coates’s long-form articles to discuss race, class, and gender in my composition classes. The committee had chosen a book that spoke to more than just my white students, bearing witness to systemic injustice and white privilege. Their choice was timely, and for me, marked the moment when the KU Common Book reached its full potential. I was on fellowship for the 2016-2017 academic year, so I missed the opportunity to teach this important piece of epistolary creative nonfiction.

This year, however, I am back in the classroom and have loved every minute of working through Claudia Rankine’s Citizen: An American Lyric (2014), this year’s KU Common Book selection, with my students. Similarly to my experiences teaching Jamaica Kincaid’s A Small Place (1988), on the first day with the text my students grappled with—and many rejected—the sadness and anger presented episodically in the first section of Rankine’s lyric poem.[6] My mostly white students struggled with the toll that micro- and macroaggressions take on the everyday lives of nonwhite, non-heterosexual, non-cis-males. This led to a discussion in which we unpacked the title of Rankine’s collection and what it actually means to be a citizen of the United States. To underscore this, we worked through our founding documents, identifying the Three-Fifths Compromise, the absence of women, and the dismissal of Native Americans as “savage.” Using Billie Holiday’s “Strange Fruit,” Nina Simone’s haunting cover of “Strange Fruit,” and Lauryn Hill’s “Black Rage,” we charted a brief history of blackness in America, moving from slavery through the Civil War and Reconstruction, from the rebirth of Klan in the early twentieth century to the Civil Rights Movement and ending with police violence and our contemporary political realities. This contextualization helped my students to stop resisting Rankine and begin to listen to what she is saying. 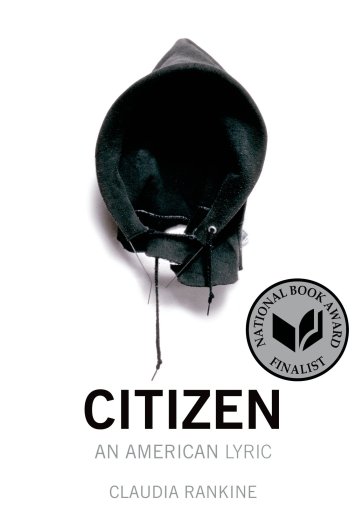 On the second day with Citizen, as with A Small Place, my students began to explicate deftly the issue of white spaces in Rankine’s second section—my favorite as a reader. This section brings together Hennessy Youngman’s philosophy on the cost of black art for the artist with Serena Williams’s racialized experiences as an African American tennis player. Rankine takes inspiration from Zora Neale Hurston, who remarked, “I feel most colored when I am thrown against a sharp white background,” to describe Williams in this still predominantly white sport (25). The racism faced by Williams in three different—and very related—moments from her career opened up a discussion about heteronormative white spaces. We talked about classrooms and universities as traditionally white spaces and identified other spaces that historically privilege whiteness. I asked my students to think about times when they were the other in a particular place and what that felt like. After letting them freewrite for a bit, I asked for examples. My students hesitated, and after waiting patiently, I decided to tell my students about my experiences as a queer person entering new spaces, meeting new people, and always wondering who is safe and who might not be. This is the first time I have purposefully and overtly come out to my students during my teaching career. My example worked, and my students began to share their experiences. This section of Citizen and this activity connected our discussions of race, class, and gender in the classroom to the issues we are facing as a nation.

Over the next few class periods, my students eagerly engaged with the remaining sections of Citizen. Once we finished Rankine’s collection, my students began working on their proposals. My composition course has four major projects each building on the one before. They begin with their project proposals in which they outline an issue of race, class, or gender they would like to spend the rest of the semester researching and writing about, and move through annotated bibliographies, researched essays, and revisions of their researched essays into oral presentations. As my students are developing their individual topics of inquiry, I hold conferences to discuss their topics and help them focus and refine their inquiry questions. Again and again, my students remarked how their research interests stemmed from our discussions of Citizen and how that intersected with their individual major areas of study and future vocations.

I have never been prouder as a teacher: My students were connecting our work in my Humanities classroom to their studies in other fields and thinking about how this might be reflected in their future professional lives.

[3] You can read more about this particular essay here: Marissa Landrigan on Eula Biss’ “Time and Distance Overcome”.

[4] You can read a positively different take on Biss and her titular essay here: Silas Hansen on “No-Man’s Land” by Eula Biss.

[5] The Chancellor’s Town Hall was also designed to respond to what was unfolding at the University of Missouri in the Fall of 2015. 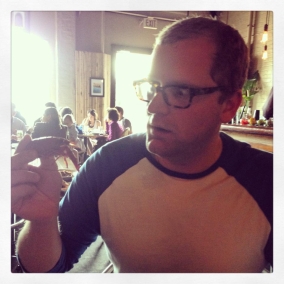 Creighton Nicholas Brown is a doctoral candidate at the University of Kansas, where he teaches in the English Department. Currently, he’s completing his dissertation, (Un)Disciplined Subjects: Postcolonial Life Writing and Contemporary Imperial Discourses. Creighton also serves as Contributing Editor and Social Media Editor at Assay: A Journal of Nonfiction Studies. He is both a Cobber and a Jayhawk. Creighton lives, writes, and dog-walks in Lawrence, KS.