When you hear of the Paris attacks, you read what you can from your computer, of the urgency to apprehend shooters, to save hostages, to care for victims. You have never known war, but know that in instances of despair, stories of hope and heroism will begin to emerge. You search for them amongst the carnage, and they come, without fail. A man pulling wounded from Bataclan Concert Hall. Taxicabs shepherding people home without fare. Parisians offering shelter to strangers, with the hashtag #PorteOuverte, meaning ‘open door.’

You don’t know anyone in Paris, nor have you ever been. In your mind, Paris is breathtakingly beautiful, but what you know of it is croissants and berets, and the Eiffel Tower and the Louvre. Still, because you are a narcissist, you imagine yourself in Paris, imagine the absolute fear. As a writer, as a human, this is often the first step one takes towards empathy, towards understanding…

Gertrude Stein would have opened her doors to you. Her voice would have carried in the darkness, her thick hand pulling you inside, leaving only a moment to slide locks into place. “Come away from the windows,” she might say, motioning you deeper into her salon, where others have sought shelter.

“Don’t let them in. They might be one of the terrorists,” a shadow calls from behind a hat stand.

“Here,” Ms. Stein says, pointing to the wall farthest from the street, and you join those huddled on the floor. Ms. Stein hands you a coat, one she says was left by a patron. It is itchy and durable, smelling like oranges and the sea.

In the dim light, some read news updates on their phones, and text their mothers. Others use their phones to illuminate the pages of books they have taken from Ms. Stein’s shelves. You see her collection is massive, having grown over many decades. There are new works, you had not expected, but should have known would be there: Claudia Rankine’s Citizen, and Eula Biss’s Notes From No Man’s Land. And there is work from Svetlana Alexievich, Junot Diaz, Carole Maso, Sherman Alexie, Chinua Achebe. Books, so many books.

You pull from the shelf, A Moveable Feast. You first read Ernest Hemingway’s short memoir, of his years as a struggling, young, expatriate in the 1920s, when you were in graduate school, and you loved it then, loved wandering Paris with Hemingway and hobnobbing with Gertrude Stein, Picasso, F. Scott Fitzgerald. 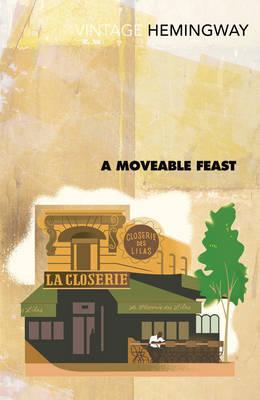 In the safety of Ms. Stein’s salon, you read, and your heart is with Hemingway and Paris. You drink with him at La Closerie des Lilas and watch fishermen along the banks. Looking over the water, Hemingway tells you, “We should live in this time now and have every minute of it.” And you agree, because this Spring cannot be everlasting.

You chat with Sylvia Beach at Shakespeare and Company, and borrow books from her lending library. You “ate well and cheaply and drank well and cheaply and slept well and warm together and loved each other.” You attend horse races, drinking champagne, and calling obscenities from the stands. Hemingway displays much of his famed chauvinism, sharing odd conversations with Fitzgerald and Ford Maddox Ford. His overt sexism is obnoxious, particularly when he describes his falling out with Ms. Stein.

“There is not much future in men being friends with great women although it can be pleasant enough before it gets better or worse, and there is usually even less future with truly ambitious women writers.”

After that, you wonder why you are on this walk with him at all. Despite countless oysters, countless bottles, with Hemingway, your thirst and hunger is never assuaged. You and he wander Paris with a lasting dissatisfaction, an endless hunger, so common to the lost generation to which Hemingway belonged.

Shouting from the street frightens you. A look around Ms. Stein’s salon reveals that many others have begun to read A Moveable Feast as well. Now, they too ramble along with you and Hemingway, a veritable Parisian cafe crawl.

Of the crawl, there is much to enjoy, much to learn about writing. Hemingway shares his theory of omission, in which, “you could omit anything if you knew that you omitted and the omitted part would strengthen the story and make people feel something more than they understood.” You see merit in his theory, see how it applies well to flash fiction and micro essays.

“I did not know how I would ever write anything as long as a novel,” he admitted. “It often took me a full morning of work to write a paragraph.”

There is comfort in this.

And throughout, Paris is with you, its trees and its rivers, its landscape. When Hemingway describes a Paris spring threatened by rains, you become silent:

“Sometimes the heavy cold rains would beat [Spring] back so that it would seem that it would never come and that you were losing a season out of your life…But you knew there would always be the spring, as you knew the river would flow again after it was frozen. When the cold rains kept on and killed the spring, it was as though a young person had died for no reason.” (Here you begin to cry.)

“In those days, though,” he went on, “the spring always came finally but it was frightening that it had nearly failed.”

“This is a love letter to Paris,” the woman next to you says, clutching the book to her chest.

Still reading, you rub the wet from your face, and agree. 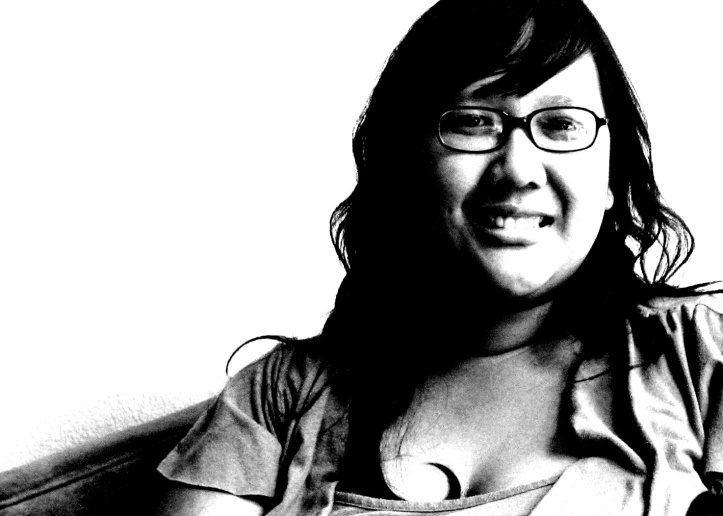 Jen Palmares Meadows writes from northern California. Her work has appeared in Brevity, The Rumpus, Denver Quarterly, The Doctor T. J. Eckleburg Review, Memoir Journal, Kartika Review, Essay Daily, and in other places. She is currently at work on a collection of Vegas stories, where she writes about sex, gambling, and church, not necessarily in that order, but sometimes all at once.