Gail Riekie—Of its time and for all times: Darwin’s “The Voyage of the Beagle” 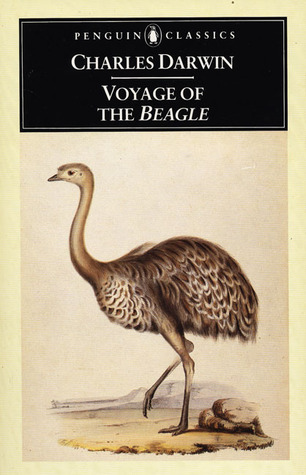 “I believe we are all glad to leave New Zealand. It is not a pleasant place. Amongst the natives there is absent that charming simplicity which is found in Tahiti; and the greater part of the English are the very refuse of society. Neither is the country attractive. I look back to one bright spot, and that is Waimate, with its Christian inhabitants.”—Charles Darwin

Thus Charles Darwin concludes the Chapter XX of The Voyage of the Beagle, his account, written for a general audience, of the five years he spent as the appointed Naturalist on the Beagle expedition. In this time the ship circumnavigated the entire globe, but its main objective was to survey uncharted stretches of the South American coast. Darwin spent the greater part of his time on land investigating the natural history of what is now Brazil, Argentina, and Chile.

The Voyage of the Beagle provides a fascinating picture of the world as it appeared to a young Englishman in the 1830s. We also gain insights into the early attitudes and thinking of one of the most influential scientists of all time. It is clear from the passage quoted above that this is no dull scientific account, despite the subtitle “Journal of Researches.” Certainly, The Voyage of the Beagle contains substantial sections on geology and natural history, some of which the non-specialist may find heavy going, but for the most part Darwin’s lively, engaging and wide-ranging curiosity about the places he encounters make him a fascinating travel companion.

Charles Darwin was born in 1809 to an English close-knit family of considerable social standing. His father and grandfather were both doctors. Initially Darwin too studied medicine at Edinburgh University, but he neglected his studies in favour of his passion for natural history. His father then dispatched Darwin to Cambridge University to study for the Church, with the idea that as a country vicar he might pursue his interest in beetles while maintaining a respectable position in society. Through contacts made at Cambridge, Darwin, aged only twenty two, was invited to join the survey ship, the Beagle, both as a naturalist and also because he was deemed a suitable companion for the Robert Fitzroy, the ship’s captain. 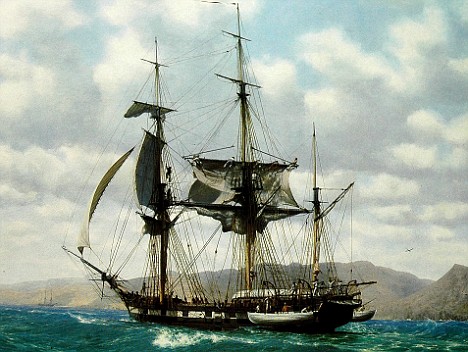 Darwin’s youth and enthusiasm for new experiences are evident in The Voyage of the Beagle from his comments on the Cape Verde islands in the book’s very first paragraph:

“The scene …. is one of great interest; if, indeed, a person, fresh from the sea, and who has just walked, for the first time, in a grove of cocoa-nut trees, can be a judge of anything but his own happiness.”

A few pages later on landing in at Bahia in Brazil:

“The day has passed delightfully. Delight itself, is weak term to express the feelings of the naturalist who, for the first time, has been wandering by himself in a Brazilian forest.”

In The Voyage of the Beagle, Darwin’s South American adventures include several expeditions with gauchos in wilds of Patagonia, where attacks by the indigenous population are a constant threat. In a town near Buenos Aires, he finds himself in the midst of a real live revolution, which he drily notes “was supported by scarcely any pretext for grievances.” Encounters with “savages” in Tierra del Fuego prompt him to marvel at what he sees as “the gap between savage and civilized man.” In Chile he experiences a severe earthquake and its aftermath, and on Tahiti he is taken on a frighteningly precipitous mountain ascent.

It is clear from the outset that we are in the company of an exceptionally lively, inquisitive mind, passionate about natural history in the broadest sense. In drawing a comparison between ‘civilized man’ and ‘savage’ Darwin deploys both language and the concepts that we would not use today but that were part of the educated discourse of his time. Much has been written elsewhere on the topic of Darwin and racism, especially in the context of his later works (e.g. ‘The Descent of Man’). The point about The Voyage of the Beagle that I want to stress in this piece is how Darwin is interested observing and explaining the behaviour of everything he saw on his life-changing voyage—lizards, tortoises, earthquakes, Fuegian natives. The scope is astounding. We also see how Darwin combined his immense curiosity and capacity for detailed study with an ability to hypothesize and seek explanations on a grand scale. Thus we are treated to glimpses of the traits that led to later scientific greatness.

What might surprise the reader who thinks of Darwin primarily as a zoologist is how much space in The Voyage of the Beagle is devoted to geological observation and theorising. Certain sections may be a tough read for the non-expert, but the interest of these passages lies in what they reveal about Darwin’s ways of thinking about science, and his capacity to see both the wood and the trees. Darwin studies in detail the sedimentary rocks along the Patagonian coastline, and dwells at length on evidence that the land has been gradually uplifted through time. He then muses on why the fossils of mammals he has inspected in the rocks of the Buenos Aires region are distinct from related mammalian fossils reported from North America:

“The geologist who believes in considerable oscillations of level in the crust of the globe within recent periods, will not fear to speculate either on the elevation of the Mexican platform, as a cause of the distinction….”

Of course Darwin does also provide plenty of vivid descriptions of the flora and, especially the fauna he encounters. His writings from the Galapagos Islands, where the local wildlife have yet to learn to fear humans, show him also having great fun. One moment he is riding on the back of a giant tortoise, next he is throwing a lizard into a deep tidal pool to investigate its response. When Darwin spots another lizard digging a hole, he reports:

“I then walked up and pulled it by the tail; at this it was greatly astonished, and soon shuffled up to see what was the matter; and then stared at me in the face, as much as to say, ‘What made you pull my tail?’”

He is particularly struck by the tameness of the bird population:

“There is not one which will not approach sufficiently near to be killed with a switch, and sometimes, as I have myself tried, with a cap or a hat. A gun here is almost superfluous; for with the muzzle of one I pushed a hawk off the branch of a tree.”

But this being Darwin, the remarkable tameness of the Galapagos fauna is not merely observed and described, it becomes the starting point for speculation about broader concepts of instinct versus learned behaviour and the mechanism of heredity.

“With domesticated animals we are accustomed to see instincts becoming hereditary; but with those in a state of nature, it is much more rare to discover instances of such acquired knowledge. In regard to the wildness of birds towards men, there is no other way of accounting for it.”

Darwin brings the prejudices of his time, but also his scientist’s desire for rational explanation, to his descriptions of the ‘natives’ he encounters. He finds that the New Zealanders’ practice of tattooing and facial markings “gives a disagreeable expression to their countenances” but he also recognises that “…it is moreover probable that the deep incisions, by destroying the play of the superficial muscles, give an air of rigid inflexibility”. He calls the Fuegians “ludicrous” (and worse) but he also comments on their considerable talents for mimicry, and wonders how and why they developed this capability.

The fact that Darwin was raised in a society rigidly divided by class is evident from his condescending comments about social relations among the South American colonists:

“Many officers in the army can neither read nor write, yet all meet in society as equals. In Entre Rios, the Sala consisted of only six representatives. One of them kept a common shop, and evidently was not degraded by the office.”

The extent to which Darwin believed in God continues to be the topic of academic debate. That he was at best an agnostic is clear. When, as in the generally disparaging comments about New Zealand quoted at the start of this essay, Darwin praises Christianity in ‘Beagle’, it is because he sees it as a practical means of advancing ‘civilisation’ rather than in spiritual terms. Perhaps he gives a hint of his true thoughts on religion when he speculates on the reasons that the Australian and American fauna differs so markedly:

“An unbeliever in everything but his own reason might exclaim, ‘Two distinct Creators must have been at work’.”

Is Darwin that “unbeliever”? 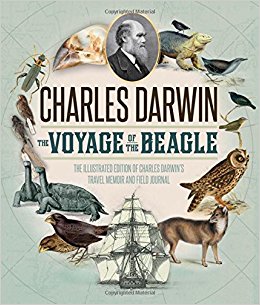 One thing that The Voyage of the Beagle most emphatically is not, despite the book’s title, is an account of maritime adventures. The reader hoping for an account rich in detail of life aboard an 1830s century survey vessel will be disappointed. The truth is that Darwin suffered grievously from seasickness throughout the voyage, and his determination to spend as much of his time as possible on land was not purely motivated by the pursuit of science. Towards the end of the voyage he asks, rhetorically:

“And what are the glories of the illimitable ocean?”

Although Darwin spares the reader the details of his tribulations at sea, he also at no point attempts to portray himself in any way as the heroic adventurer – and not for any shortage of material. To my mind, this is ultimately one of the most engaging aspects of the book. Darwin surely ranks today as one of the most brilliant minds our species has ever produced, and in Beagle he has given us what feels like an honest, unspun account of his impressions and his thinking in the crucial formative five year period when his world-changing ideas began to take shape. 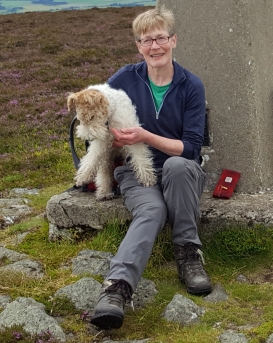 Gail Riekie is a geoscientist with a lengthy professional background in both academia and the energy industry. For her PhD, undertaken as a ‘super-mature’ student, she investigated methane emissions from boggy soils, and followed this with a stint as Associate Lecturer in Earth Science at the Open University. In the next phase of life, she plans to focus more on her writing, aspiring to convey the creativity and richness of the scientific endeavour. Gail lives in Aberdeen, Scotland, with her wire fox terrier Bertie (with whom she is more than happy to share a distant mammalian ancestor).

Read “A Close Encounter with Dr. Trump,” at Aberdeen Voice.