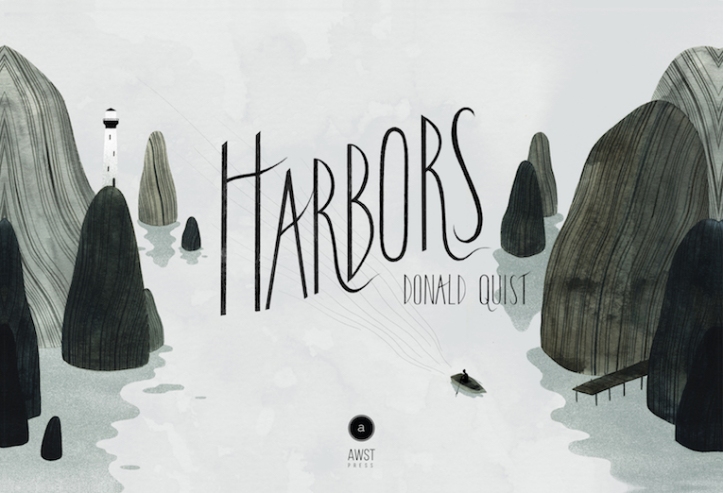 During contentious presidential elections such as the one that just ended, some voters tend to offer up the notion of leaving the United States should candidate X win. The threat gets tossed about too glibly, especially when for years citizens have left this country after experiencing real—not anticipated—trials and hardships. Donald Quist, a black American writer and English lecturer living in Bangkok, Thailand, is one such expatriate and he examines his life and the urge to seek a new one abroad in a powerful essay collection, Harbors (Awst Press).

This book comes at a time when the volume of our social discourse is tuned to deafening levels and the back and forth spews at a head-spinning rate. Into the cacophony steps Quist with the fierce voice and loving, but critical eye of a 21st century James Baldwin. And since a whisper draws more attention than a shout, by the time in one of his essays Quist states calmly, clearly, succinctly, “I am angry,” he has us all by the ears and the words resonate to a depth of earth-shaking proportions.

He wasn’t/isn’t always so quiet. As a child growing up with kids from the wrong side of the tracks or, in his case, school bus route, in Maryland, Quist hit a boy and made him bleed for taking his action figure. At 16, frustrated over having to drive one of his grandmother’s drunken friends home, he snatched away her foam-plated Meals on Wheels lunch and demanded she account for her seemingly rude behavior and burdening of his granduncle. However these outbursts only made clear to him what he didn’t understand, an awareness we could use more of today. He learns all is not as obvious as it seems. He learns the truth of what his grandmother, an ardent fan of Jerry Springer’s raucous talk show, often told him, “Boy, pay no attention to what a person says. Watch what they do.”

Quist writes, “I’m reminded that people have complexity and duality, not unlike an exploitative tabloid talk show allowing individuals largely unrepresented in mainstream media to share their experiences.”

He finds himself cloaked in this complexity and duality in “The Animals We Invent,” when he goes to work for the mayor’s office in the town of Hartsville, South Carolina, and finds himself suffering the sting of two worlds when an arson incident leads to a rash of racial profiling encoutners as police seek the perpetrators whom the victim claimed were black males—they weren’t. He fields calls from enraged citizens. “Aren’t you angry?” one asks. Though Quist himself has been stopped by officers he answers with a pragmatic, “What do you want me to say, sir?”

But the question he’d like to answer in an interview, the reporter doesn’t ask. How can he still speak for the mayor’s office? “If she did ask, I’d answer honestly—I have something to say about refusing to be victimized by fear. I wasn’t to share what I’m learning about the capacity of grace, and the difficult but empowering work of allowing myself to forgive without forgetting. Because if I wait for the pain I witness to be validated with an apology, resentment will tear into my body like sharp, dirty fangs to snap my bones.”

Quist weathers the storm but the squalls large and small keep coming, one upon the other, until he punches a hole in the door of the restaurant he owns with his Thai wife. He questions why they continue to live in the racial equivalent of a tornado alley. The essay “In Other Words” relates the discussion he has with his wife about leaving the country. He writes at times, in an interesting twist, from her point of view. “… when customers do stuff like the patron who tried to avoid paying the bill earlier, it is hard not to feel like it’s a part of something else, something systemic, a lineage of oppression that frames so many of his daily interactions.”

I call attention to this particular essay because of the deeply personal nature of his considerations. Quist blames no one—not candidates, not police officers, not the nature of their small South Carolina town. He is simply looking for a way to walk through the world without a centuries-old burden upon his shoulders. He writes, “I yearned to go abroad to find myself beyond the classification of my race and nationality. I wanted an opportunity to live in a place where I might move beyond the limits of myself.” And though in Thailand he might, as his wife warns him, only experience different debts and new prejudices, Quist also recognizes the possibility to experience new freedom.

With this concept alone, this idea of a new freedom, he challenges our notions of America as land of the free, home of the brave, by showing us in his beautiful, unflinching prose that no matter how bravely a person might live in this country, he or she isn’t necessarily free. The vulnerability Quist brings to the page is palpable especially as he relates feelings of guilt, shame, and disappointment (often in himself) in addition to his anger. He cannot ignore, for example, that his father left Ghana for the U.S. to escape a kind of living that now benefits Quist in Thailand.

He writes in “Junior”: “I wanted to tell you about how leaving makes me feel like a traitor, and about how it feels whenever I read news about black suffering in America. I meant to ask you if the advantages of living in a place ever make it easier to forgive its crimes. I wished to voice to you the conflict I experience daily while enjoying the benefits I have in Thailand and the knowledge that so many are silenced and detained by the same governing force that has made it easier for me to hail a cab. I wanted to discuss military dictatorships promising democracy, decency, values, and standards while violating civil liberties, and talk about how every day I witness others bear the type of suppression that led you to emigrate from Ghana.”

So many writers can rage—so few can show or even connect to what lies beneath it. Harbors is an important human document because the author doesn’t invoke self-pity or even sympathy. Instead he, much as Baldwin did, presents his life as testimony and makes you stand with him equally at a vantage point where all can view the situation and say with utter certainty, Things should not be this way. Quist doesn’t pretend to seek clear answers—he knows there are none. But like any good essayist, he knows it is important to ask the questions and try on many answers. “Once I’ve crossed over this deep expanse,” he writes, “I don’t know how long I’ll wander or how far I’ll stray. But I promise you, I will do my best to make the journey meaningful.” With Harbors, Quist has already, to a great extent, done this for all of us. 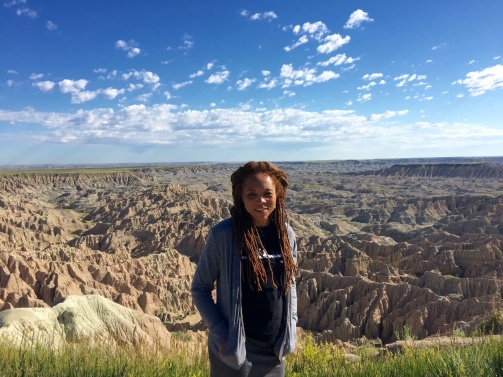 Sophfronia Scott is author of the novel All I Need to Get By (St. Martin’s Press); her work has appeared in Killens Review of Arts & Letters, Saranac Review, Numéro Cinq, Ruminate, Barnstorm Literary Journal, Sleet Magazine, NewYorkTimes.com and O, The Oprah Magazine. Her forthcoming novel, The Light Lives Here, will be published by William Morrow/HarperCollins in September 2017. She also has on the way an essay collection, Love’s Long Line Alone, from Ohio State University Press. Sophfronia is on the faculty of Regis University’s Mile-High MFA and blogs at www.Sophfronia.com.