AWP2018: Truer Words Were Never Spoken: On the Challenges of Writing About Family in Creative Nonfiction/Memoir 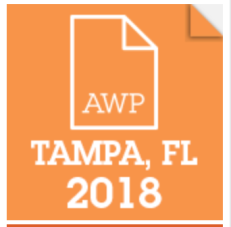 Description: Writers of nonfiction struggle with the ethics of transparency in their work, particularly when discussing family. From fratricide to confronting parental abandonment or making a living from illegal professions, writers must often face their own demons and those of extended family members to tell their stories. Each author will discuss a work of memoir from a published or forthcoming book and then discuss reconciling the transparency necessary for the success of the project.

Six years ago, I began work on my memoir in a class through UCLA’s Writer’s Program extension. For the first assignment, I wrote about my fear of disclosing personal details. I grew up in a political family where I learned to only share information that fit a tightly defined strategy in support of my elected parents. But the story I have been writing exposes addiction and dysfunction in my relationships with family, men and food. While working toward my M.F.A., I removed the shackles. Now, I have a manuscript filled with personal details I wouldn’t have previously considered sharing with the world. Each time I return to the manuscript, I get stuck in scenes with my family. What is necessary for telling my story? Am I showing the whole truth of my characters—both the good and the bad? How will my family respond to the way they are depicted?

My problems are not unique but instead common to most memoirists. In the AWP panel, “Truer Words Were Never Spoken,” four authors discussed how they approached their work while telling family stories.

Sharon Harrigan began her comments by reading from the first chapter of her memoir, Playing with Dynamite. “When my father took my six-year-old sister on a trip to kill a deer, the deer killed him.”

The author explained she wrote her memoir to challenge the stories she told herself in order to find the real truth. As she wrote, she realized there were parts of the story, she had to cut. The author said she was, “Pleased when called ruthlessly honest because (the memoir) was more ruthlessly honest before making the cuts.” For Harrigan, this showed her that as writers we can “Still go deep without revealing everything.”

While she was developing the book, Harrigan wrote details about her mother’s postpartum depression and a time when she went on a date with her uncle. But those were not details Harrigan’s mother asked her to remove. Instead, she asked her to remove details related to other family members. Other family acted the same way, not worried about how they were portrayed but instead worried about how others appeared in scenes.

Harrigan wrote one draft in which she included the mental health struggles of her brother. Then, she cut that. But later, she couldn’t write scenes without showing him and his transformation as a character so she had to add the part she cut back into the story.

A month before publishing, Harrigan’s sister began a campaign against her book. Her brother offered to sit with her and go through the manuscript page by page. Though there was difficulty in telling her story, Harrigan said that ultimately, it brought her closer to her brother and mother, the people she cared about most.

Bridgett Davis read from her forthcoming memoir, The World According to Fannie Davis. In what Davis explained was her first public reading of a family secret kept for many years, the author described listening to her mother on the phone as she ran an illegal numbers game operation. Davis also read scenes about a teacher who questioned the number of pairs of shoes Davis claimed to own and her mother’s response—to take her shopping for more shoes. After reading, the author said that in order to write her book she had to push past the resistance of revealing. She said she wanted to tell the story of a child being implicated by a mother’s crime but also wanted to show her mother using an armor of clothes, or shoes against people. She also wanted to show how her mother’s story is an alternative American Dream narrative because she made it out of nowhere.

Horvitz told the audience about receiving a call from her father. He wanted to know what she was writing. She told him; the call ended. Then, he called again. After a conversation about her book, Horvitz’ sister had called her father to tell him that he was portrayed in a negative way. When Horvitz finished the second call with her father, she edited out some of the detail she originally included.

In an essay that Horvitz wrote about her mother dying in a car accident, she explained why she was the only woman in her family to get a driver’s license. She wrote that her sister failed a driving test and never took it again because she lived in New York City where she didn’t need to drive. After the piece was published, Horvitz’ sister didn’t speak to her for a year.

Horvitz offered two lessons from these experiences. First, she said, you can’t know what will offend people. Second, as writers we must consider the people we love and how they will respond.

Artress Bethany White wrote about almost shooting herself as a toddler. Her story explored how an early incident of violence in her family precipitated other events. She wrote about her uncle who was killed by his brother in 1946. She saw her work as reparative for her family. Her decision to repair overrode the instinct not to tell.

Q&A: After each author told her story of writing and family, the audience had more questions than could be answered, emphasizing the importance of the topic. Additionally, some of the audience members shared their experiences. Below are some of the highlights from that discussion.

Through the process of drafting, editing, and editing again, Harrigan discovered the importance of including both the positive and negative aspects of the characters in her story. She explained that in order to show the growth of a character, a writer must include the negative. If a writer only shows the positive, then she has not provided any context for the reader.

Davis added, “Not everything you write needs to be published.” Davis advised the audience to write what they need to write, then decide what needs to be put into the world.

On whether a character’s death changes how we write

White said she felt safe to write about the person who pulled the trigger because he was no longer living, however, she also said, “You can’t wait for people to expire.”

Harrigan reminded the audience that you can’t know who you will offend while Horvitz stressed the importance of writing with compassion, not revenge.

On making peace when writing about an injustice

Davis talked of the benefit of taking time with the story. She said she worked on her book for two decades and needed the maturity to know what was important. She expressed gratitude for the years that went by which provided perspective. She also stressed the importance of understanding motivation. “Ask, do I have to tell this story? If you have to tell it, then it’s worth the risk.”

On how family will judge us by the details we share

Harrigan told the audience that once her daughter was in her teens, she let her read her book but was worried about what her daughter might learn. Instead, her daughter said, “Oh, mom, you think I didn’t know?” She said that people are pretty compassionate about an author’s honesty and vulnerability. “They connect with that vulnerability.”

On how circumstance may change while waiting to tell the story

Davis said she had notes about her memoir going back to 1989. She said the story you tell is based on what you have to work with at the time. Harrigan added that it’s a process and you don’t know where you will end. She said the work may be hard when you take off a layer to show what’s underneath.

Davis said she tried to write the story of her mother in her fiction but felt like she was hiding. Ultimately, she was motivated to write by asking herself from what was she hiding.

Sheree Winslow received her M.F.A. in creative nonfiction from Vermont College of Fine Arts and her B.A. from Vassar College. She’s published journalism in the Orange County Register. Her essays on the intersection between leadership and aunt-hood appear on SavvyAuntie.com. Born in Montana, Winslow is an enrolled member of the Northern Cheyenne tribe. She lives in Southern California where she’s working on a memoir about her relationship with her body and struggle with food addiction.