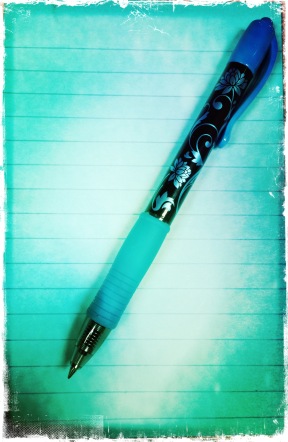 Last year, one of my MA students began an essay about the weeks she had spent as an eighth grader in a mental institution, a place where she hadn’t belonged, but where she had quickly gained a keen understanding of a complicated, unethical system that she wanted to expose. As I listened to C. describe her experience and how she planned to recount the events, I considered some model texts that I might bring for the class to read, but none of the many mental health memoirs published recently were among them. Instead, I chose Beth Peterson’s “Special Ed,” an essay about being placed accidentally in a science class for students with disabilities.

Peterson’s essay is structured around a straightforward, chronological narrative which starts in September and ends when tenth-grade-Beth is transferred out of Special Ed science class. Those weeks or months are long enough for Peterson’s teenage I to perform many of the strange tasks (such as documenting roadkill) assigned to her Special Ed science class, to puzzle over the “unorthodox” methods used by her teacher, and to draw lasting conclusions about how students are classified at school.

Peterson integrates important data about US education laws into the narrative, but while that bears examination and much praise, I’ll focus here on two of the essay’s other achievements: (1) the subtle, early introduction of the central theme (what Gornick calls the “story” as opposed to the situation and what Peterson calls the “substrate”) and (2) the way Peterson indicates when she knew what even though the chronology of revelation conflicts with the chronology of her I-character’s learning.

The first sentence identifies particular species that populate the border-space between urban and agricultural life: the wheat, which had been harvested already, and the corn crop, which remained “still green and silky and lining the edge of the local roads.” Peterson notes the trees and wild grasses and the abundance of air, already thus hinting at a distinction between what can be named, classified, cultivated, and consumed by human beings, and the nameless trees, grasses, and air that cannot.

In the second paragraph, the essay is still ostensibly only dramatizing a teenager’s morning bike ride, but the language brings into relief the ethical question of classification and un-wilding. Peterson foregrounds the animal which has been turned (by a car) into a dead thing, which is thus an easy specimen for observation and classification:

Pieces of fur and skin were matted to the road, straight to the center line. One leg was dangling; its abdomen was split open and flattened like a gutted fish, except the blood was fresh and red, and running not only from its stomach but also its mouth, which was open slightly—like it might, at any moment, resume breathing.

It was the only roadkill that morning, at least on the mile-long stretch of road I canvassed. Other mornings there had been more, up to four animals in a single morning. Usually it was fox squirrels (Sciurus niger), gray squirrels (Sciurus carolinensis), and field mice (Microtus pennsylvanicus), though two mornings I’d seen birds (blue jay [Cyanocitta cristata] and unidentifiable), and once I’d seen a raccoon (Procyon lotor).

These paragraphs equate accidental killing with domination, scientific observation, and classification. Later, the essay will clinch this emphasis on classification with the phrase “Mendelian distinction.”

Such examination of the seemingly harmless human impulse to classify life forms features prominently in Peterson’s forthcoming Theory of World Ice, a book about disappearing glaciers and the people who have disappeared themselves while hiking the earth’s most beautiful but difficult, changing terrain. While “Special Ed” is not a piece of environmental writing, it bears the mark of Peterson the literary environmentalist, as it exposes the complex dangers of human encroachment on wild spaces without devolving into didacticism. And it’s able to do this by guiding readers to reflect on the question early albeit implicitly, from the very first line.

“Special Ed” also makes a point of how the school obscured the distinction between regular and special ed classes to prevent students from knowing where in the taxonomy they fell. Like so many efforts to advance justice, it’s a well meaning move, but the essayist must ask: what is the consequence? What is the effect of putting blue jays into charts? What happens when we classify our kids?

The impulse to know, this essay implies, lives dangerously close to the impulse to own. Thus it is fitting for knowing to become itself thematic, and for the essay to establish a pattern of foregrounding what tenth-grader-Beth knew at the time versus what she discovered later. Managing our readers’ knowledge of what knowledge the I-narrator and I-characters had at any given time—that is one of the trickiest skills for a nonfictionist to learn. And so I drew my MA students’ attention to the management of knowledge-revelation. Peterson employs phrases like “I had been placed in special education science accidentally, though I did not know this at the time and wouldn’t for months” (32; emphasis added); “I would wonder later” (33);  “looking back, I realize it may not have been true” (34); “I didn’t yet recognize the underside of public high school” (34). Students saw how Peterson uses will and would along with the present (does) and simple past (did) to indicate when thoughts occurred, and how the chronology of thought differs from the unspooling of narrative events in the essay.

When I asked my class what “Special Ed” was most about, they said it was about classification as well as about what “normal” is. Peterson ties together multiple thematic threads in a powerful penultimate sentence:  “Brad had given up on taxonomy, on categories, on trying to name the bodies” (41). Here are the bodies, here are the categories, here are the problems of knowing and domination, and here, too, is a giving up, a surrender, which recalls, too, the essayistic uncertainty of literary nonfiction—indeed of any complex literary work.

Joanna Eleftheriou is an assistant professor of literature at the University of Houston – Clear Lake, a contributing editor of Assay: A Journal of Nonfiction Studies and a faculty member at the Writing Workshops in Greece. Her essays, short stories, and translations appear regularly in journals including The Bellingham Review, Chautauqua, CutBank, Arts and Letters, and The Common. Joanna is completing a memoir-in-essays titled This Way Back.