Writers to Read: In Praise of Odder Women — by Stacey Engels 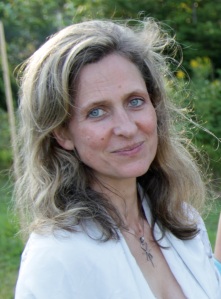 One warm evening after work, I landed up at KGB Bar in the East Village for a reading by Vivian Gornick. Having been in New York City for twenty years, I often search out nature rather than art, or see things my friends are in, or have made, or are reading. Or I just see friends, because that is an event in itself. Organizing dinner or a drink or a walk is usually a production preceded by weeks of near misses, last minute cancellations, reschedulings.

On the far side of this small, venerated literary bar, dug in as though they have been here for a while, are two people who have lived more than a century between them. It so happens that one of them is a friend of mine from Yaddo, and Facebook. Between us is an ocean of professional-looking young people who look as though they approach their art consumption, and perhaps their art-making, professionally. My friend is leaning over the small table to hear her friend.

I order a glass of wine, and, as I wait, and wait, and wait for it, feel some strange swelling of gratitude for the elderly, un-speedy bartender. Is it hip to have a bartender remaindered from the seventies, I wonder? What is the story here? When I get my wine and swivel in the direction of my friend and her friend, they are gone.

The minutes roll away, and away. Then there is a shuffling and mic check at the end of the bar, where the lectern is set up, at an angle precisely out of my eyeline. Vivian Gornick is introduced. Vivian Gornick begins to speak.

I will not see Vivian Gornick at all this evening, but I will hear her voice, which is why I am here. I will be filled with her voice, and I will think, as I often do, how different my life would have been if I had heard voices like this when I was young. When teachers and writers had so much power over the formation of my ideas about literature and reality, and so misused that power: by stating there were no women writers on the syllabus because there were no women writers who were up to par with the men on the list. By making it clear that the raw material of my inner life could not, without vast manipulation, be shaped into something worth reading.

Gornick’s new book, The Odd Woman and the City, is a chronicle of inner life as it intersects with being in the world, whatever that may mean: conversations with doormen, the rising and falling of romance, helping a stranger on an icy street, moving through the city with the words and thoughts of other writers coloring what you see and how you think about them.

As I sit, head lowered, listening, a world rolls out under my eyelids: eternal, immortal New York intertwined with vanished and vanishing New York. A portrait of the artist as an odd woman waking up in a world in which it is okay to be alone, unmarried, without children, okay to be a woman in love with a city and with books. It is revolutionary, I think, to let yourself begin again in the now.

[My mother and I] leave the diner and walk to the bus stop. “Let’s stand here,” she says, pointing to a spot a few feet beyond the sign. “It used to throw me into a rage,” she explains, “that the driver would always pass the sign and stop here. I never understood why. But now I realize that it is actually easier for him to lower the step here for people like me than it is at the sign.” She laughs and says, “I’ve noticed lately that when I don’t get angry I have more thoughts than when I do. It makes life interesting.”

The book begins (and ends) with Gornick reaching out to her friend Leonard, who sometimes depresses and irritates her, whom she sometimes irritates and depresses. All of The Odd Woman and the City is suffused with this prickly, loving dissatisfaction. It captures something essential in New York life; how loneliness, obstacles, insanity and inconvenience crush in on one from all sides. How every day there are stark reminders of the dreamed-of life, and of the life you are really living. And every day, the archaeological layering of voices that make up New York – voices from hundred year-old books, voices from windows in Hell’s Kitchen or Broadway revivals or a seventy-nine year old woman in an East Village bar – make you grateful for the life you are really living.

Stacey Engels grew up in Montreal and has lived in New York City since 1995. As a playwright, she received grants from The Canada Council, NYFA and TCG-ITI and traveled to exotic locations like Sicily, Alaska and Bangor, Maine to attend readings and productions of her plays. A Hertog Fellow in the MFA Program in Memoir at Hunter College, Stacey is writing a book about walking the Camino de Santiago.