My Favorite Essay to Teach: On Keeping A Notebook — by Jessica Handler 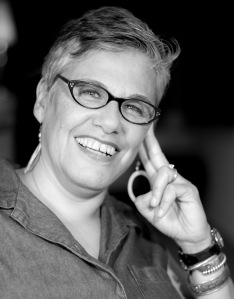 My essay choices change with the class; summer workshop students always read Jo Ann Beard’s “The Fourth State of Matter,” the perfect essay to dissect when learning how to write effectively about great loss without self-indulgence. Undergrads always read John Jeremiah Sullivan and Ta-Nehisi Coates, who my grad students read, too. But we start with Montaigne and Sei Shonagon.

The forebears make an indelible impression on new essayists: last week, I saw a student poring over the giveaway books outside the English department. She held a battered Montaigne collection, and looked up from it to ask me, “what’s the one where he writes about his bowels?” Shonagon and her “Hateful Things” has inspired a teaching assistant to routinely text me on his more trying days asking if I will, as Shonagon put it, “summon the exorcist.”

But no matter the demographic, every one of my essay students reads Joan Didion’s “On Keeping A Notebook,” from her 1968 collection “Slouching Toward Bethlehem.”

“On Keeping a Notebook” starts mis en scene, or if you want to throw some Latin in with your French, in medias res. The essay reads the way I imagine Didion herself speaks, starting smack in the middle of a thought. “‘That woman Estelle,’ the note reads ‘is partly the reason why George Sharp and I are separated today.’” Who is Estelle? Why does Didion use such a harsh tone in the diction of ‘that woman?’ The reader doesn’t know, and within a few lines, Didion asks questions of herself.

Starting in the middle of a thought is pleasantly disruptive for a reader studying the craft of writing. I watch and listen as my students lose their footing, struggling with expectations of knowing right away who’s speaking, and where – and when, because “when” is a place, too. We discuss the value of the technique, the way it works here, and how a mis en scene technique can fail in lesser hands. “This is like the warning you see on car commercials,” I tell them. “Trained driver, closed road.”

But the road isn’t closed. I teach “On Keeping a Notebook” because I believe vehemently that writers can’t write well unless they have the habit of keeping a notebook. We are, as Didion writes, “well advised to keep on nodding terms with the people we used to be…”

As an essay, “Keeping a Notebook” is an active examination of the self – a self, clearly, that she used to be. This is the role our notebooks must take in our lives, too.

Didion’s critical approach introduces students to the concept of positionality. “The point of keeping a notebook has never been… to have an accurate factual record of what I have been doing or thinking,” she writes. Students new to creative nonfiction invariably wrestle with the concept of telling their own truths, and are either unsettled or relieved by the idea that how and why we remember an occurrence is not the same as a factual record of that same occurrence. Our notebooks combined with our research are the elements we use to create the blend that begins the first drafts of our creative nonfiction.

“How it felt to me…” Didion writes. How, I ask students, did “it” feel to you, that wedding, that funeral, that boring afternoon on the intercity bus, that time you careened down a snowy park side hill with your brother on a red Flexible Flyer? Against this inquiry, and given time to write, they open up, look inside, meet themselves coming round again.

Creative nonfiction, unlike traditional journalism, is made in part of the passage of time. We as writers require that temporal distance to capture what we didn’t know then, to discover who we are now because of then. Didion writes of a “plaid silk dress from Peck & Peck,” of a “crepe-de-Chine wrapper.” Only my older students, summer workshoppers mostly, remember the elegant Fifth Avenue department store, and some of my undergrads can’t pronounce crepe de Chine, but I remember my white gloves worn as a child to very grown up stylish affairs, gloves small as camellia leaves, now wrapped in tissue in a drawer. What, I ask students, is a physical element that you remember, that no longer fits?

When I first started teaching “On Keeping a Notebook,” I was surprised by how many students hadn’t yet read any Joan Didion. I was more than surprised – I was alarmed. The canon rests on Didion, as much as Montaigne, Shonagon, Woolf, Coates, and so many others. And so I required myself to teach Didion’s clear eye and astringent, wrenching language; the “viscous summer sidewalks” of “On Keeping a Notebook,” and that harrowing image from “The White Album” itself, a California cautionary tale of the five-year old daughter of one Betty Lansdown Fouquet, abandoned on the center divider of Interstate 5 south of Bakersfield, “whose fingers had to be pried loose from the Cyclone fence when she was rescued 12 hours later by the California Highway Patrol.”

“Remember what it was to be me,” Didion writes in “On Keeping a Notebook.” She also means, I think, “remember what the world was like then.” If I, teaching that essay, have encouraged a writing student to undertake that task, I’ve more than done my job.

Jessica Handler is the author of Invisible Sisters: A Memoir (The University of Georgia Press, 2015, Public Affairs Books, 2009) named by the Georgia Center for the Book one of the “Twenty Five Books All Georgians Should Read.” Atlanta Magazine called it the “Best Memoir of 2009.” Her second book, Braving the Fire: A Guide to Writing About Grief and Loss (St. Martins Press, December 2013) was praised by Vanity Fair magazine as “a wise and encouraging guide.” Her nonfiction has appeared on NPR, in Tin House, Brevity.com, Newsweek, The Washington Post, More Magazine, and elsewhere. Honors include residencies at the Josef and Anni Albers Foundation, a 2010 Emerging Writer Fellowship from The Writers Center, the 2009 Peter Taylor Nonfiction Fellowship for the Kenyon Review Writers’ Workshop, and special mention for a 2008 Pushcart Prize. www.jessicahandler.com.