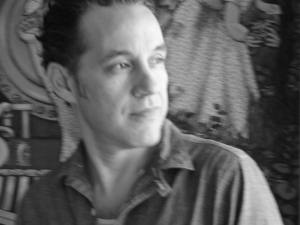 Joe Bonomo’s most recent books are This Must Be Where My Obsession with Infinity Began, a collection of essays, and  Conversations with Greil Marcus. The music columnist at The Normal School literary magazine, he teaches at Northern Illinois University and appears online at No Such Thing As Was.

Once, a student in my Literary Nonfiction class refused to open his copy of Lauren Slater’s Lying during discussion. An excellent student, he wasn’t being precious or dramatic. Glaring at me, he simply refused to enter the text, so irritated and discomfited was he by Slater’s approach to memoir and the way she subverts the expectations we bring to reading.

Lying is the last book I teach in the semester. I warn my students that reading it requires they reassess what memoir is, means, and can do; “Lying makes us press re-set,” I say. By this point in the course we’ve explored theories of autobiography and the issues raised when writers mine the self and actual experience for subject matter. We’ve discussed conventionally-shaped memoirs (Frank Conroy’s Stop-Time, Beryl Singleton Bissell’s The Scent Of God) and unconventionally shaped (Nick Flynn’s Another Bullshit Night In Suck City); we’ve discussed memoir as graphic narrative (Alison Bechdel’s Fun Home); memoir as essays (Richard Rodriguez’s Hunger Of Memory), as prose poetry (Gretel Ehrlich’s Match To The Heart), and as a waking, present-tense dreamscape (Kathryn Harrison’s The Kiss). By the time we arrive at Lying, we’ve been around the block.

But Lying confounds my students like no other. I’ve emphasized several times throughout the semester, “Every book we read has its allegiance to the truth.” But Slater’s book redefines what truth is and how we tell it. We start by considering the sub-title: A Metaphorical Memoir. What does that mean? That Lying is a metaphor for a memoir, or that it’s a memoir made out of metaphors? Before long, one student will ask the inevitable question: “Is she an epileptic or is she lying about it? I need to know.” Before I urge them to consider that this may be the wrong question to ask about this book, we talk a bit about figurative language, in particular about the distinction between telling a lie and using a metaphor. We all use metaphors everyday; we understand their power. In class we talk about the strangeness of metaphor, how the removal of the secure bridge of like or as requires that we make a leap, as we can’t rely on rational rhetoric to link us from our certain world to a world where things fuse, sometimes bizarrely. In everyday conversations, we ignore the obvious and often absurd duplicity that goes on in metaphor: “He’s a nut.” “Life’s a rollercoaster.” “I’m a lone wolf.” Each of these is a lie; each of these tells the truth. If someone calls me a fruitcake and I protest, I’m not going to demand a DNA test to prove my defense; I know what he’s up to. This friction warms Lying—and annoys many readers hesitant or unwilling to accept the possibilities in the difference between calendar and narrative truths, between what can be verified and what can’t, and how each is real. “Why is what we feel less true than what is?” Slater asks near the end of the book. This crucial question opens up the book, and many of my students to the book. What is a memoir that tells the truth through lying?

The problem for even serious, open-minded students in the class is that Slater, though showing her hand, leaves behind the possibility that she might in fact be an epileptic, or that she might be using epilepsy as a metaphor for her interior life. (Or that she might have Munchhausen’s.) Clinging to the safety of the fiction-nonfiction binary, some students would prefer it if she clarified her meaning, one way or the other. It’s hard to bend when you’re brittle, Slater might respond. I refer to them to the book’s final sentence: “There is only one kind of memoir I can see to write and that’s a slippery, playful, impish, exasperating text, shaped, if it could be, like a question mark.” Eyes rolling, they grudgingly accept this—as do I, on the days when I wrestle with the book’s post-post-modern insistence on the porousness of genres and the unreliability of facts. Slater wants to have it both (all three?) ways in Lying, to further destabilize the expectations we bring to the ways we “tell the truth.”

A particularly intriguing question the class considers is: What is it in epilepsy that Slater might find appealing as a metaphor? The loss of control, the necessity of learning how to fall, the unwanted attention, the compulsion to seize at, to fill a void by creating myths about ourselves, the messiness of the body are all truths of the human experience that lie well beyond, yet are figuratively analogous to, the specific illness of epilepsy. (I ask my students: Is there a choice of metaphor that would go too far?) Regardless of my students’ personal feelings toward Slater and the book, the conversations in class are always lively because the issues raised in the book are profound, if nettlesome: metaphor as “an alternate form of honesty;” facts as assurances that can be discredited by future generations; diagnosis as an unstable narrative; memoir as an attempt to capture the essence of an ever-shifting persona. I say to my students: You’re markedly different with me than you are with your friends, different with them than you are with your parents. Which is the “true” You?

Check out the My Favorite Essay archives here and click here to submit your own!